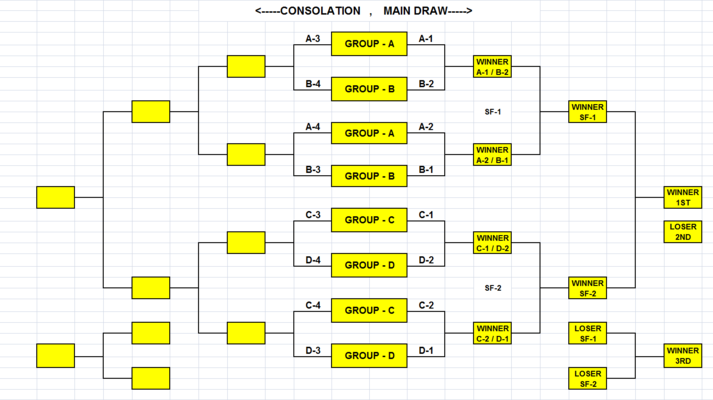 KCC (John Kwan)                                KC (Tim Cheung)                                      SJASS (Hon Lam)
WYK (Wilfred Wei for Chris Tam) – minutes taker
Resolutions & Proceedings
1. Chair Kenneth called to meeting at 7m and presented an Agenda ( emailed ahead in the afternoon and reprint for all) & a budget (provided during meeting) for review and approval. All in favour and proceed to discussion and resolutions per agenda.
- A new contact list for future communication was prepared and amended by all present where appropriate. Chair will send future communication out according to this list.
- Tournament date is now either July 4 Saturday OR July 11 Saturdat at CCTTA, depending on final confirmation from CCTTA on availability. Chair will communicate asap when CCTTA confirms to all interested team. Start time for registration will be 9 am and finish hopefully by 7.30 pm, followed by banquet after (discussion and approved by all presented) at Fancy Restaurant. Note that PanAm badminton tournament starts July 11 and table tennis tournament starts on July 21.
3.  Formal discussions on the Format of the tourney and the following changes were made to the proposed agenda details, after much discussion & resources/scheduling planning by the floor.
a)  16 Teams  to be grouped into 4 pools of 4 teams ( 6 groups of 3 and 5 groups  of 4 were discussed but finally the floor settled and agreed on  4 group of 4 teams. Seeding for each pool will be  based on 2014 results, i.e. LSC Team A, MSC Team A, KC and CCSC.

b) Chair will set up a Google form for interested schools to enter their interest and team list (minimum 2 players, maximum 4 players per team, ex students only ) by Tuesday April 30 before midnight and with a named captain who is the sole party responsible for making lineup at the start of each game and paying the $100 entrance fee required..
c) There are 12 schools in 2014 with 5 schools sending in 2 teams. N order ot encourage participation from other schools who have expressed interest but declined last year, preference will be given to any 4 new school teams before any Team B from existing 12 schools. All schools presented are encourage to enter by 4/30 any number of teams an,d if spots are available for Team B, a luck draw will be conducted during the next meeting on Wednesday  May 6th @ 7 pm to confirm teams  accepted.
d) Tim Cheung will co –ordinate a lady team from various ladies from different schools who wish to participate in this 16 team tourney (Discussion was held on his original submission for discussion and the floor agreed a single team for the ladies for the final 16 teams, since we do not have the venue and resources to run a separate tourney side by side).
e) A lengthy discussion took place on the Round Robin and sub knock out rules and doubles rule. Amendments were made to adopt the international rules of best of 5 (single, single, double, single; single) for all round robin and top 8 and consolidation 8 knock-out matches.  Match is called as soon as a team won 3 point and stop, to expedite playing time and table available.
f) David Lau (top OTTA and National Umpitr) has agreed to be Chief Umpire, using Tournament Software, assisted by 2 other umpires during knock out matches. Participating teams will help to umpire round robin. Home and away teams are to be decided by coin toss , followed by captains naming their play list to  the umpire.
4. Balls and team jersey
We play with 40+ white no seam balls. No white team jerseys  or shorts are therefore allowed.
5. Since the budget proposed was prepared for 18 teams x $100 as revenue, this budget requires further amendment but otherwise the Budget was approved per proposed).  All in favour of deploying the carried over from 2014: $209.73 towards subsidy for meeting dinner tonight.
6. Chair requested the following volunteers to help in future organizing :
a) 3 persons starting 7.30 am for decorating and preparing venue on game day.
b) 1 -2 persons for lunch pick up (sponsored)
- No volunteers came forward yet due to uncertainty on tourney actual date but all expressed support at later stage. DBS has agreed to take charge of trophies. medals and souvenirs and work on a maximum $500 budget (last year $365) for 18 teams, now reduced to 16 teams.
- Meeting was adjourned at 8.10 pmMinutes prepared by Wilfred Wei March 11, 2015